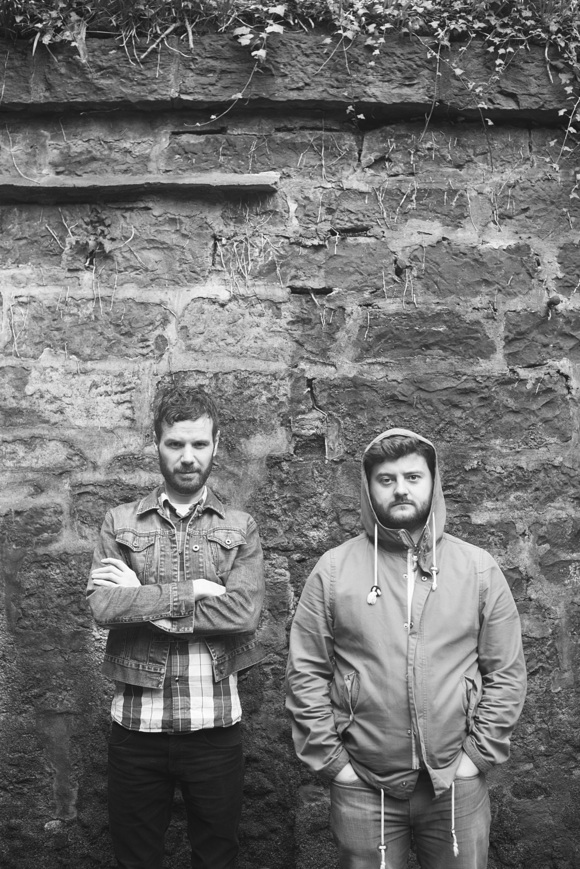 Birdhead are Stephen Donkin and David Nicklen, a 2 piece juggernaut where intense dentist-drill synths and sharp, cyclical guitar patterns make out with perky motorik drums and probing bass to produce a prog/post-punk metronomic groove thing with plenty of intensity.

They are reminiscent of Nought, Public Service Broadcasting or Plank! With some unhinged sparse, yelpy vocals; Krautrock reborn with balls.
2014 highlights include a T Break Stage Headlining slot at T in the Park and the recording of a hotly anticipated follow up to the acclaimed debut album Pleasure Centre, which is expected in the spring of 2015.

Tipped by The Skinny, The Scotsman, Podcart and WOW247, Birdhead are a must see. The experience is perhaps best summed up by one happy clapper who when interviewed leaving the T Break tent having witnessed a blistering set from “The Heid” mused….. “There’s seagulls and craws in the sky, but they’re no f**king Birdhead.” Who can argue with that? Not to be missed.

“Birdhead have cult success written all over them.” - The Scotsman

“Our kind of mental.” - The Skinny