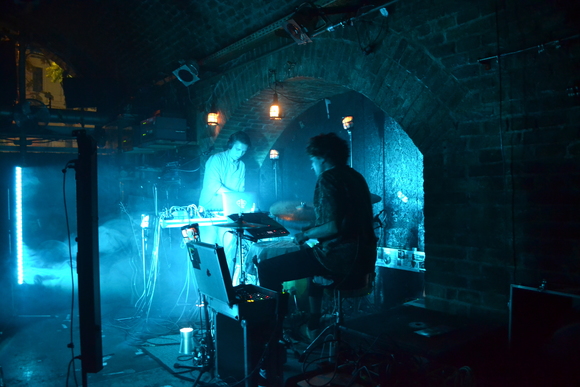 The duo Bellchild consisting of Henning Pszczola and Tarek Zarroug found themselves in the densely populated Rhine and Ruhr area of western Germany and since then are constantly pushing the boundaries of contemporary electronic music.

Exploring the possibilities of voltage controlled vibrations and sampling, melting those together with driven acoustic drums, dreamy guitar and partly hard effected lead vocals brings something astounding and prepossessing to stage. A multi-genre project combining the fields of electronic, experimental and psychedelic music with a breath of pop.

Founded as a trio in late 2016, Bellchild continued as duo in 2019 due to the magic of human relations. Followed by an collage-like debut EP self-released in February 2019, Bellchild showed examples of their work with the single releases of „Mojo“, „Focus Pocus“ and „Embrace“.  An invitation to perform at the Open Source Festival has opened doors for showcasing at Reeperbahnfestival and C/O Pop, followed by many various club and festival shows in European countries. Highlights in 2019 were the attendance at Sharpe Festival (Bratislava, SVK) and Fira B! (Palma, ESP). Most recent the band returned from a eastern Europe club tour with shows in Czech Republic, Slovakia and Austria.