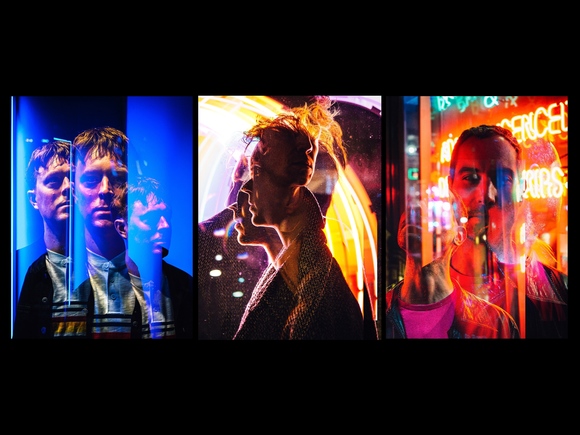 Since their formation in 2016, London-based quartet Artificial Pleasure have been a unique voice on the British music scene.

Last year saw the release of their critically acclaimed debut album ‘The Bitter End’ which drew praise and 4-star reviews from the NME, The Independent and The Line of Best Fit in the UK. Spain’s Mondo Sonoro and Italy’s TomTomRock gave the album 8/10. Elsewhere the band have been Alexis Petridis' track of the week in the Guardian, shot for Interview Magazine and were one of NME's bands to watch prior to releasing their debut.

In support of the album the band played festival slots at The Great Escape, Dot-to-Dot, Liverpool Sound City, Live At Leeds, Secret Garden Party and Standon Calling as well as touring the UK. They have also toured further afield in Germany, Poland, Austria and Spain with a festival appearance at Soundrive in Gdansk and shows in Berlin, Munich, Vienna and Barcelona.

Radio plays have come from Lauren Laverne and Huw Stephens at 6Music, John Kennedy at XFM and Edith Bowman on Virgin in the UK, while abroad support has come from Zane Lowe at Beats, Flux FM in Berlin and Austria’s FM4 with tastemakers CD102.5 in Ohio, KEXP in Seattle and Reactor 105 in Mexico City also playing the band regularly.

The band’s debut single I'll Make It Worth Your While appeared on YouTube’s The Needle Drop and Spotify’s New Indie Mix and currently stands at 440,000 streams, with the band notching up close to 900,00 Spotify streams to date.

Early 2019 saw the band return to the studio to work on a follow up to their debut album. The first of the new tracks ‘A Journey Across Town’ brims with intensity and confidence in their artistic direction. An imagined journey across London, Berlin, Tokyo, Seoul, the urban mess and sprawl of modern life - it is at once direct, cathartic and joyous. Their new single "Side by Side Together" will be released on 20th September is a love letter to friendship and unity in chaotic times.

Artificial Pleasure’s electrifying live show features vocalist McDonnell’s theatrical in-your-face persona which one critic compared to a mix of Bryan Ferry and Sid Vicious. Their uncompromising aesthetic is also evident in their videos, which meld black humour, surrealism and body horror. ‘Wound-Up Tight’ for example depicts McDonnell being bombarded by an arsenal of everyday objects while being suspended upside down. He draws parallels with performance artists such as Marina Abramović and Ragnar Kjartansson. “They’re people who put themselves at the centre of the work. It was hideously painful to do, but artistically it’s me putting myself on the line…”