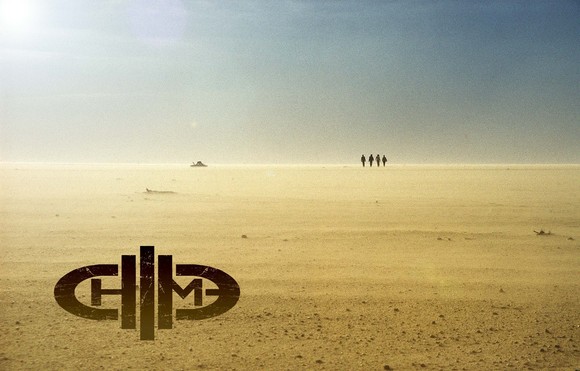 Imagine a day in the office: You know what to expect from a day behind a desk decorated by a screen in front of you and a phone to your right. Next to you some bored guy gazes out of the window dreaming of a better life. Maybe it’s about dough and a nice home somewhere near a beach at a place you cannot even pronounce or spell for god’s sake. And what is a dream worth if you don’t believe in it. One hour could take more minutes than a day has seconds. It is somewhat structured and organized way deep in the bones. It is a place where creativity, space and the meaning of a free will are serving only one interest: get the company more money and you will have a good life. That is the credo of modern slavery!
So one day you get to the point where you have to decide which side to choose. To be part of a monster but with a sufficient income or to break with it, if you have a dream and make it happen -certainly with financial losses. The latter and this feeling gave birth to the chiming project. I took all the money I had left and quit the job to do music. After several years without even touching a guitar I started playing in a band again. In 2010 I was introduced to a band called 'The Phantom Stars' and that is how I met Felix and Jean. After one year playing and touring together we felt that we had different views of what the musical future of this band should be. So the time had come to follow new roots and create a new project in December 2011.
With only a few ideas, fragments, riffs but nothing concrete, except the date of recording, we started playing and writing the songs in January 2012. Besides, the date for recording was in May the same year and we did not even have a vocalist yet. And we wouldn’t find any…
Time went by… it became July. We went to the studio without a vocalist and still no one in sight who wanted the job or was able to do it. That was a horrible feeling: Spending a lot of time and money and still not knowing if the project would come to a satisfying end.
In September we decided to make it on our own. It was not the solution we were hoping for but it could have been worse: running out of beer! So I took two willing 'slaves' as vocal coaches, afflicted by doubt in the result by doing the vocal stuff all by myself, I faced the beast of my fears.
Now it’s been more than two years after quitting a regular life and we are proud of what we have realized so far. But for us it’s just the beginning and there is more to come for it to be worthwhile…