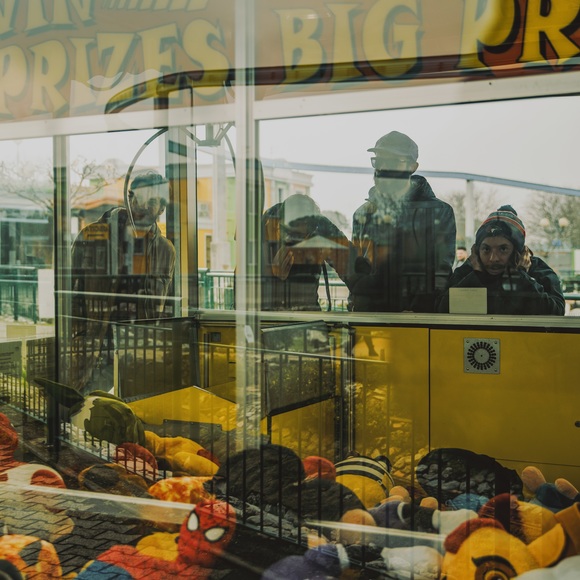 Since their debut in 2011 Altre di B (also known as Altre) has secure a place in the flourishing underground scene of their hometown Bologna, Italy, carrying around a lively and vigorous sound combined with interactive, multi-instrumental and choral live performances.

By claiming the inventiveness of Arcade Fire and the energy of The Vines as the main sources of inspiration, Altre unveils its artistic appetites: to imagine nervous, surprising and jubilant rock songs. Soccer buffs, as suggested by the vintage name, invited to some of the most prestigious music festivals like Sziget, Primavera Sound, SXSW and Europavox, this quartet signs an uninhibited music with a strong euphoric dimension.
After numerous recording sessions collected in self-titled issues, Altre has released its first DIY record There's a million better bands in 2011 and started a tour across Italy and Europe before the releases of Sport (2014, DIY) and Miranda! (2017, Black Candy Records) and six tours between North America and Canada. With the incorporation of synths and choirs, they finally expanded their sound horizon, mining a mix of post-punk, jangle and twee style, and get ready for the release of their fourth album in 2020 for the label We Were Never Being Boring collective.