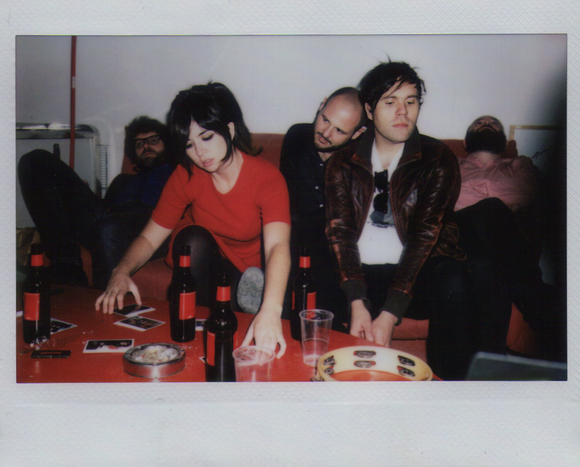 Here you have an indomitable horse galloping towards a certain kind of folk-rock turning into new wave style.

Formed around the figure of Juano Azagra (former leader of Bombones and tireless music lover who runs Record Seville store), All La Glory have been evolving from a beginning more linked to americana sound to a sort of power-rock that has had the opportunity to be present at several cool spanish festivals as Monkey Week, AnfiRock, Emergència!, Nocturama or Vértigo Estival.
Juano tells us that All La Glory's second album, 'Everybody's Breaking Everybody's Heart' (Happy Place, 2016), is titled this way because it reflects a personal cataclysm that almost ended with the band but crystallized in a dozen songs touched by a strange beauty, sonorous earthquakes with a rich inner universe. The album is a peppy team effort, rich with new wave synths and closely blended harmonies. We talk about compositions that deeply affects
everyone, urban stories full of flashing melodies, immortal choirs and guitars as a punch in the face. While his first album, the eponymous 'All La Glory ', stumbled between the country of The Band and guitar stings of Neil Young, the Sevillian band now focuses on the urban atmospheres of Johnny Thunders, Fleetwood Mac's inheritance vocal duels and the gummy urgency of The Stranglers. A crossroads between Ryan Adams, Pretenders and Redd Kross that on the stage acquires dimensions of anaphylactic emotional shock. They break hearts!