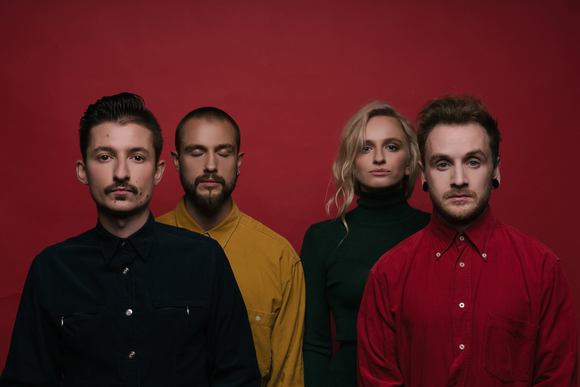 Zetetics is an alternative music project of singer and songwriter Lika Bugaeva incorporating influences from 90s alternative and experimental rock and electronic music, most notably Radiohead, Muse and Portishead.

The music is centered around Lika’s distinctive rich and emotive vocals, reminiscent of Hanna Reid of London Grammar and Florence Welch of Florence and the Machine.

Lika Bugaeva is known in Ukraine for her vocals and poetic lyrics. Finally I See, her stylish debut album topped the Inspired Ukraine album chart in 2014. After establishing herself on Ukrainian alternative rock scene, Lika realized that her true dream is to make music for a wider international audience and perform worldwide.

In 2016, aspiring for international music scene, Zetetics went on a self-funded acoustic European tour, performing on the streets and in small venues in six European cities. A series of short movies were made about the tour. It captured the struggles of aspiring musicians trying to make it as independent artists and the joy in receiving appreciation from people in different countries.

Upon their return, the band continue to perform at home and start working on their new album. The first single from the album, Even tonight, is an emotionally charged manifesto about an overpowering, intense experience of love. It is an exciting and unexpected introduction to the band’s new work where Zetetics undertake a more experimental sound. Moody and fluid vocals are combined with mantric, tangly music. The sound is rich in texture and rapid, emotional modulations, giving the album a magnetic, mysterious feel. The new album is heavily inspired by Radiohead, taking inspiration from both Moon Shaped Pool, as well as older albums like Kid A and Amnesiac. In her interview for BestInUa Lika says «I am very inspired by Radiohead’s latest album and I dream to create music like this. And this is not so much about creating a similar sound sound but rather about the amazing way Radiohead are able to communicate feelings by their music».