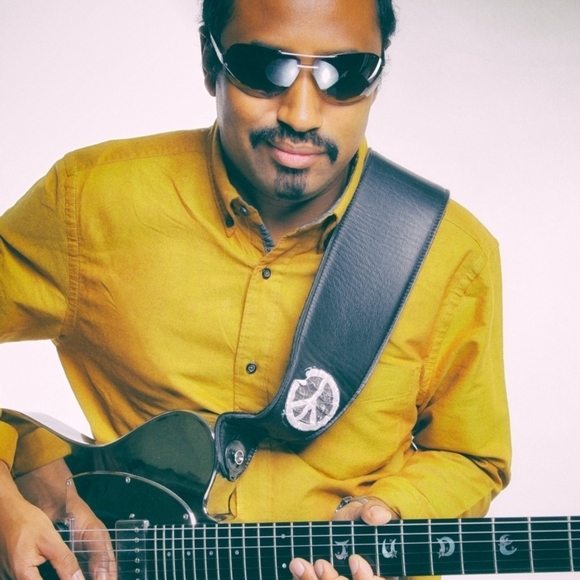 ZEN JUDDHISM is the new music project from Jude Ωne Eight, a guitarist and songwriter based in Southampton, best known locally as the guitarist in HYBRID 6.0 and Le Lizard Royale.

From a lifetime of listening to an array of folk, rock, metal, soul and pop acts, Jude wrote original songs for a rock album inspired by artists most prominent on his playlist in the last year, such as Metric, Led Zeppelin, Garbage, Fountains Of Wayne and TV On The Radio among others.

Joined by some amazing vocalist friends and with the freedom to move in and out of different genres, the music of ZEN JUDDHISM will feel like a breath of fresh air.

With Jude undertaking all guitar and bass duties, drumming on the album is provided by the talented session drummers Stephen MacLachlan, Claire Brock and Konnor Bracher-Walsh.

Providing the vocals are some special guests, starting with Marlene Rodriguez - a talented singer and songwriter who has fronted the South's best Who tribute band. Opkar Hans is the frontman of the critically acclaimed Southampton pop-prog rock band Kinesis 4. Naomi Terry is Wiltshire's finest singer and a singing coach as well. Andy Thomas is the vocalist with Brighton's punk'n'bass duo Half Ghost Third Machine. And rapping on the track Clash From Oblivion is Southampton hip-hop legend Lord Lav.

The self-titled debut album 'ZEN JUDDHISM,' recorded at the renowned River Studios, is out now!