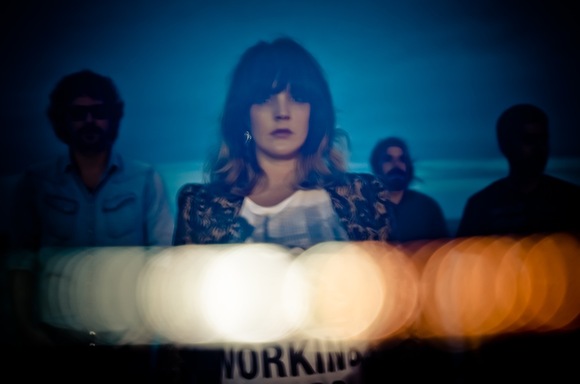 Zémaria is a Brazilian electro-pop band based in Berlin.

Their new album, Great Escape, is out now featuring a song on the EA Games FIFA 13 official soundtrack. They played at SXSW, Roxy Theater, Electric Picninc Fest, Juicy Beats Festival and many other places around Europe, North and South America. They've also made strong official remixes, both for french female singers Mai Lan (Wagram) and Birkii (Kitsunè). Think Metronomy meets Blondie's Debbie Harry and you hit the nail on your head.

Born in the city of Vitória, harbor island southeast of Brazil, it was expected that the band Zémaria had a certain attraction to the horizon of the Atlantic. Since 2006 they travel annually to European tours , totaling more than 150 presentations in various cities of the old continent. Among them is the Electric Picnic Festival in Dublin, La Fleche D'Or, Wanderlust, L’International, La Machine du Moulin Rouge in Paris, Tacheles, Bar 25 in Berlin; Notting Hill Arts Club, Guanabara in London, Juicy Beats Festival in Dortmund, Ilios Festival, Nedenom in Norway. In Brazill they played in clubs and most relevant venues of the country (D-Edge, Fosfobox, Skol Beats Festival, Vivo Open Air, Tim Festival, Studio SP, Outs, Vegas...). They also played at SXSW in Austin, The Pianos's Bar in NYC, the legendary Roxy Theatre in LA, Niceto in Buenos Aires and many other North and South America venues.

Since 2012 they’re working alongside french producer Raphaël Pegase, from the band Minitel Rose, recording new tracks between Brazil and France. Their latest two EP's distributed by PIAS, bought them a lot of fans outside Brazil and brings delicious remixes from artists like Minitel Rose, Digikid84, Equateur, Piramyd and Juveniles.

Now, the newest focus of the band, formed by Sanny Lys (vocals and synth) , Marcel Dadalto (synths , guitars and vocals) , Spon (bass and synth ) and Negoléo (drums ) , is the album Great Escape , already out of the oven with the songs on the soundtrack of the game FIFA 13 , in the Latin American campaign Windows 8 and the official cover MSN France for the Cannes Film Festival in 2013 .
They've also made two strong official remixes, both for french female singers; Mai Lan (Wagram) and Birkii (Kitsunè).
The first single from this new job comes with a video clip made ​​by the French collective Incredible Kids and figured in recent weeks on various blogs around the world , and has stamped the homepage Dailymotion France.
When they pass through your town , it is recommended not to miss the chance to see them live . Exciting , massive and highly danceable , the shows are always striking and innovative .