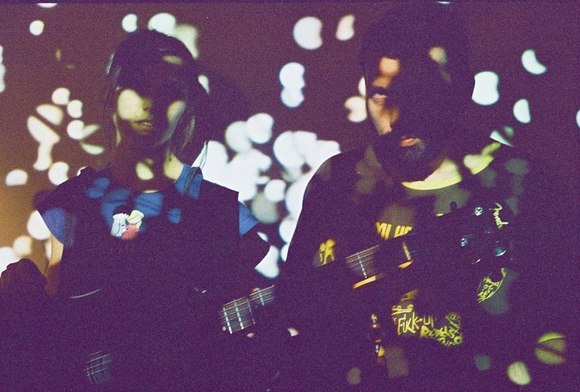 Ukrainian indie-pop duo plays a mixture of popular styles in its own minimalistic manner.

Influences of hip-hop, folktronica and retro electro may be traced in their music, yet it is mostly based on Ukrainian melodics.

Zapaska was launched in 2009 by Iana Shpachynska and Pavlo Nechytaylo. The first compositions of Zapaska were attempts to create simple and cute songs based on live looping of acoustic instruments and multivocalisms. In 2010 the first EP Lanka was recorded (it included five songs with polylingual lyrics) and was accompanied by two music videos. The second EP Translitom was released in September 2011 on XXX Waves record label.
ZAPASKA is permanently changing, enriching its sound, and live performances of the duo often exceed expectations of the audience acquainted with the EPs. In spite of all changes, what remains stable in Zapaska is a crystalline authentic fusion.
Recently the duo released album KONTUR, and support it, largely touring in Ukraine and abroad.