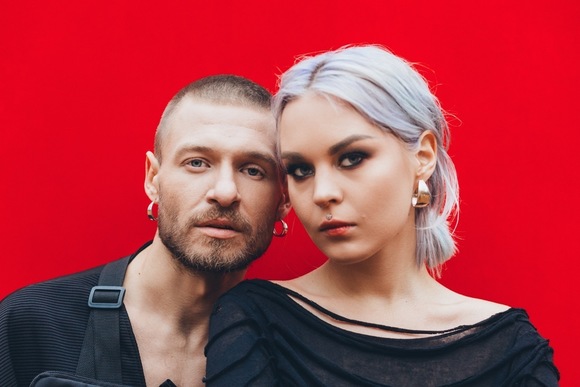 YUKO performs in a mix of two genres - folk and electronica.

The duration of YUKO’s performance is 60+ minutes.
The band uses authentic Ukrainian folk songs, collected by folklorists and the bands vocalist Julia herself, in different parts of the country and gives them a new life in the form of EDM and IDM remixes.

In November 2017 YUKO released their first album ‘Ditch’.
In February 2018 the band had their first solo sold-out concert in Atlas club, Kyiv.
In summer 2018 YUKO recorded their first international collaboration track with Diplo and MØ for the project ‘Stay Open’
Other YUKO performances:
- Support act for GusGus, Lviv
- European festival Wschód Kultury, Poland,
- Performance at the biggest ukrainian music festival "Atlas Weekend"
- Performance at the UPark festival, Kyiv. Amongst other acts such as Gorillaz and Massive Attack.
- Among all performances at such ukrainian festivals as: Koktebel Jazz Festival, MRPL City, The Most Fest

When it comes to live performances Stas and Yulia are one well-coordinated organism that generates so much energy that it can easily suffice a small electric turbine.

Here you can see and feel the vibe how it was at ATLAS WEEKEND 2019 this Summer:
http://bit.ly/2kDyn4p