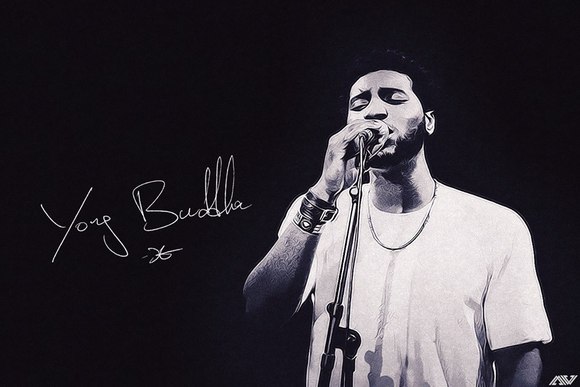 Yong Buddha, is a artist born of the world but eternally seening through pure eyes.

Yong buddha is a way of being; an expressive soul, travelling through life, documenting moments through sound.

Born Caleb Kunle "Yong Buddha" in Lagos, Nigeria, where he spent his childhood as well as Laois, Ireland. In Ireland at the age of 8 he began writing music, he also participated in several choirs. At age 10 Caleb was part of a 4 member urban music group, under the alias "Lyrical Kingpin"he took on the rap genre, Adding soulful melodic chorus to compliment hard hitting Rap verses. The group lasted for 4 years, leaving them with an unreleased album and a lifetime of experience, going their separate ways, Caleb branched into more electronic sounds, experimenting which lead to the project titled "When I was 17". Seeking more diversity he began playing the guitar and branched into his current sound, Soul-Folk-Alternative. Yong Buddha is currently Working on A project Titled "Artists Nomad" which is due to be released in 2014 closely followed by his tour for the same year.