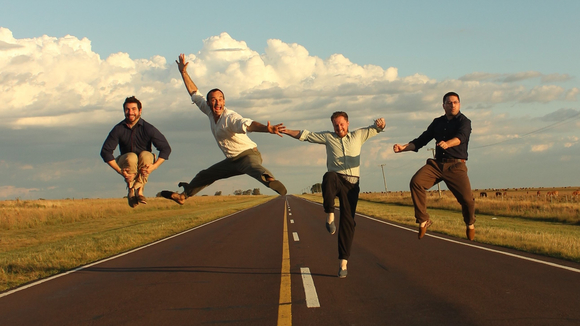 YANGOS will be touring Europe, based in Germany and Italy during the Summer of 2020, available for Europe also the UK. YANGOS played at the official program of the 2018 FIFA World Cup Russia. Their album Chamamé (2017) was nominated for a Latin Grammy in 2017 in Las Vegas, USA. And Power Folklore is their latest release.

Reference group in the instrumental music of Brazil, YANGOS great prominence comes from performances full of energy that already pleased audiences and critics in all regions of the country and more than 10 countries on 4 continents. Contemplated with the NATURA MUSICAL label in 2017, YANGOS released the album Brasil Sim Senhor (2018), in a affirmation that southern rhythms are part of the Brazilian culture. YANGOS keeps moving, surrounded by the hybridity of South American rhythms, added to a southern Brazilianism like nobody else dared to do.