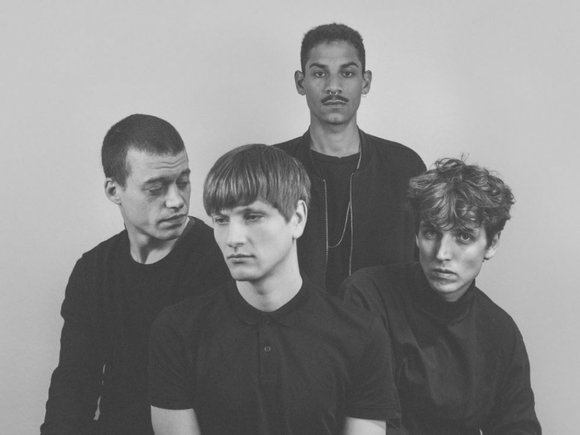 After being founded in 2011 by singer Ronald Röttel and guitar player/keyboardist Marin Geier Xul Zolar quickly gained recognition for their live shows.

Following the release of a series of D.I.Y. 7“ records the band released their first official single „Hex“ on Asmara Records. Invitations to major German and European festivals such as Dockville, c/o Pop, Immergut or Incubate and support shows and tours with acts like Battles, Future Islands, Balthazar or SOHN followed. In 2015 Xul Zolar released their first EP „Tides“, which showed off their outstanding talent of synthesizing the wide-ranging influences of the band members to a unique, captivating sound. Now two years after the release of their first EP, their debut album Fear Talk finally sees the day. As a major reason for taking so much time in addition to line up changes (original drummer Tim Gorinski was replaced by Dennis Hoffmann in 2014) , the band cites the fact that they wanted to create an album which is more than just a collection of tracks written over the course of the band’s existence and which reflected the maturation of the band’s aesthetical vision over the years. During the recording process the band realized that they had recorded more instruments than they were able to play live, which is why they were joined by bass player Dennis Enyan, who has become the band’s fourth member thus enabling them to perform Fear Talk live in its full glory.