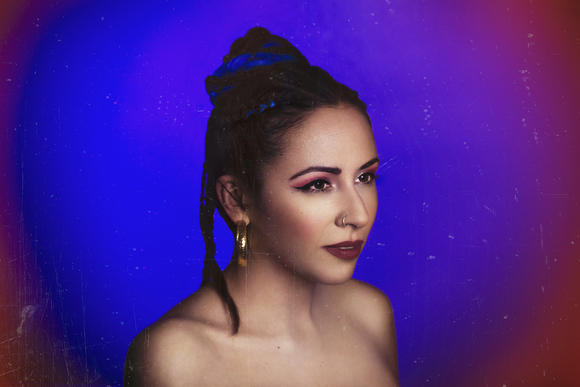 Wöyza (Moaña, 1984) is a Galician-Uruguayan singer, songwriter and producer, pioneer and reference in Hiphop-Soul and R&B in Spanish and Galician language.

She began her musical career in Vigo, in 2003 linked to the national and Portuguese hiphop scene. She has 2 Lps "Pisando el suelo que ves" (2008) and "Pelea" (2016), 3 Eps "Siénteme" (2005), "Si / No" (2015) and "Tábula Rasa" (2019) and countless music videos, singles and collaborations.
She has been part of several projects with well-known national and international artists and producers such as Nach, Dealema (Portugal), Orion XL (Argentina), Marco Polo (USA) among others, as well as with artists of other musical genres such as traditional like Cristina Pato, Carlos Nuñez or Anxo Pintos or modern music like Iván Ferreiro or Pablo Novoa.
She has founded and leaded the first black music choir in Galicia (2012-2017) named "V-go! NS" that has an EP, a documentary film and a promotional video. She has been the artistic and musical director of the project that represented Galicia at the "Museum Suferfest festival" in Frankfurt (Germany) in 2018, called "Wöyza & The Galician Messengers" singing 90% in Galician language.
"Best Urban Music Artist" at the Martín Códax Music Awards in 2014 and recently in 2019 (3 nominations in previous years), "Best Album" for the Maeloc "40 principales" awards in 2015.
She has been part of the European collective Rebel Babel since 2016, together with L.U.C, Rapsusklei and other consolidated artists with whom she has recorded an album "Ensemble" and a Flashmove in the Barcelona metro with the song "Manifest". Always allied to social activism and in particular feminism. She has made several tours in Spain and Portugal and played in Switzerland, France, Germany, New York (U.S.A), Mexico, Argentina, Uruguay and Morocco.