Will Tun & the Wasters 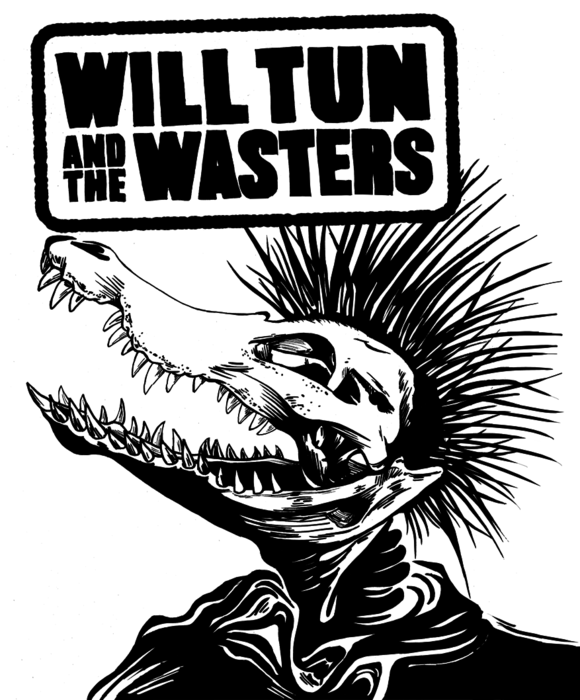 After spending 5 years touring Festivals, Squats and far-flung venues, Will Tun & the Wasters have become an 8 piece beast of genre-jumping chaos merchants blasting out on Clarinet, Accordion, Fiddle and more.

From their Folk-Punk and Ska roots the band have evolved through Hip-hop, Balkan and Latin grooves, welding an explosive musical concoction to a relentless live energy, perfectly captured in the debut album "The Anachronist's Cookbook" released in the US, UK and Europe.

Since their formation, the band have massed 60,000 Youtube views, Airplay on BBC Radio 1, appearances at major UK & European Festivals, Euro tours and an international album release.

The band have evolved politically over the years, supporting positive ethics withing the Punk scene and beyond, promoting campaigns from Anti-Fascism to the Environmental movement, actively promoting a fertile DIY Scene in the UK and Europe to create a strong grassroots following around the band.