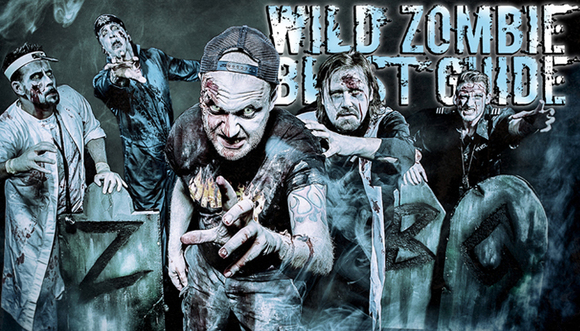 Once, there was a world. This world ceased to be. The aftermaths of a nuclear holocaust were too grave. Mankind perished. Somewhat. Some people, however, were able to survive. Nonetheless, even their lives had to face alteration. Poisonous gases came down on the population, slowly decomposing the already suffering bodies and brains. People changed, people died. But when there is no more room in hell, the dead will walk the earth. And so it became a gore-soaked truth: the people dying of the nuclear aftermath transformed into rotten and stench-ridden zombies. One by one – the number of the zombiefied population grew. Consequently, the Zombies were taking over. Area after area, city after city, the Zombies gained more and more power. And just like in a normal society, there were different kinds of Zombies. Different races. And the strongest and smartest Zombies-race was a tribe called “Wzbgomen”. Apart from their hunger for human blood and high voltage liquor, they were known for their over top craftsmanship with regard to the invention of weapons of mass destruction. The Wzbgomen were organized like military units. One of the strongest squads consisted of five zombie-men named Frbs, Mrsh, Rli, Jrn and Twirst. Being one of the strongest units out there, they were given the task to strive for the ultimate goal: Zombie World Domination!
When everybody thought that mankind has already completely withered away, patrol units discovered that were still men left, who did not undergo the transformation into a zombie. It was evident: In order to maintain the goal of World Domination, the last men on earth had to be zombiefied as well. Consequently, the five guys of the zombie special unit had to go undercover. Since they were – for a zombie – quite good looking and not as smelly, they had to infiltrate the resisting society. The gave themselves the earthly names of Fabs, Mosh, Oli, Jan and Twist and set sails to plunder, pillage and burn the last strongholds of man. However, as a special unit of the Wzbgomen they were given the task to achieve further steps to World Domination by using one of the post powerful weapons of mass destruction: Metal. Roaming the land under the banner of the new law, the five-piece went into every city still occupied by men. Nothing held them back, putting into order, what is from now on supposed to be the only law: Deadly Thrashing Metal Madness with a nowadays approach: this is the Wild Zombie Blast Guide. Hence, they were known as the Wild Zombie Blast Guide – relentless, ferocious and persistent.

Beware, cause the Guide will get you, too…