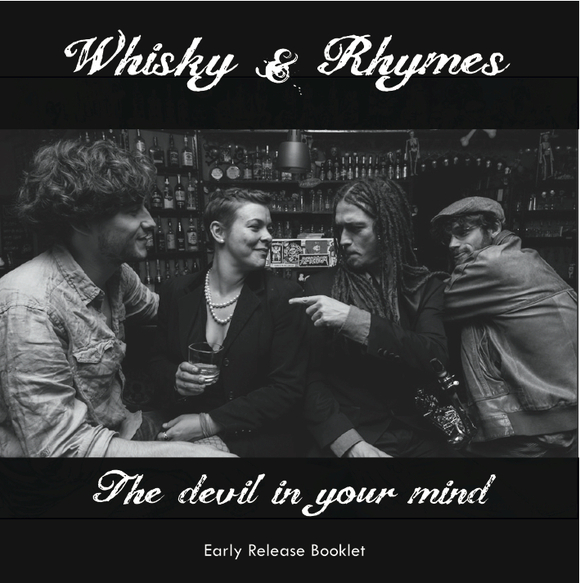 Whisky & Rhymes hail from the mean streets of Berlin.

They make music thats a strange modern mix of Blues, Folk, jazz, Alternative Grunge ect ect.
Kind of like Tom Waits meets Morphine and Etta James. Have a listen to our stuff on Soundcloud or Bandcamp

Whisky and Rhymes spawned in the depths of a smokey underground den, hidden in the meanest, toughest neighbourhood back-streets of Berlin. Hera was on the run after falling into trouble with the Turkish Mafia, Albi was trying to get clean after a crippling addiction to Voodoo dust, and Milan had just blown a considerably large inheritance with a 3-week bender in a whorehouse.

But together the 3 found that by playing songs together they could lull their audience into a trance-like state. So they hired scruffy neighbourhood children to pick the pockets of the unsuspecting onlookers..

Now together with Shamanic leadership of Roman’s Bass, and Thorgen drums, They are master-mining a plot to take over the world and seeking anyone interested in a career as a Henchman/woman. Interested persons should apply by email
Whiskyandrhymes@gmail.com