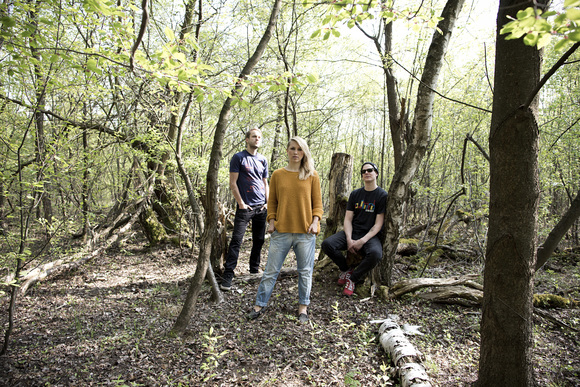 Inspired by bands such as Elbow, Junip and London Grammar, We Will Run is a one of a kind pop band committed to creating strong melodies and making powerful musical statements.

Whether on stage or in the studio, this young trio from Cologne is brimming with passion and energy. Their upcoming eponymous EP is further evidence of We Will Run’s desire to rouse and energise their listeners; their band name as well as the music are meant to serve as inspiration for a generation suffering from self-doubt and pessimism. The song topics vary from anthemic protest to inner conflict, touching upon the universal issues of this day and age. According to singer Verena, “every song also conveys hope; found in either the lyrics or the music.”

She started We Will Run with her brother Thomas and her longtime partner Maarten in 2013. During live performances they’re joined by their friend and guitarist Dami Corlazzoli.

“He’s our fourth runner,”adds Thomas. “2015 is going to be a special year for us; we’re looking forward to all that’s to come.”

We Will Run and we will live.

and live with us on stage: