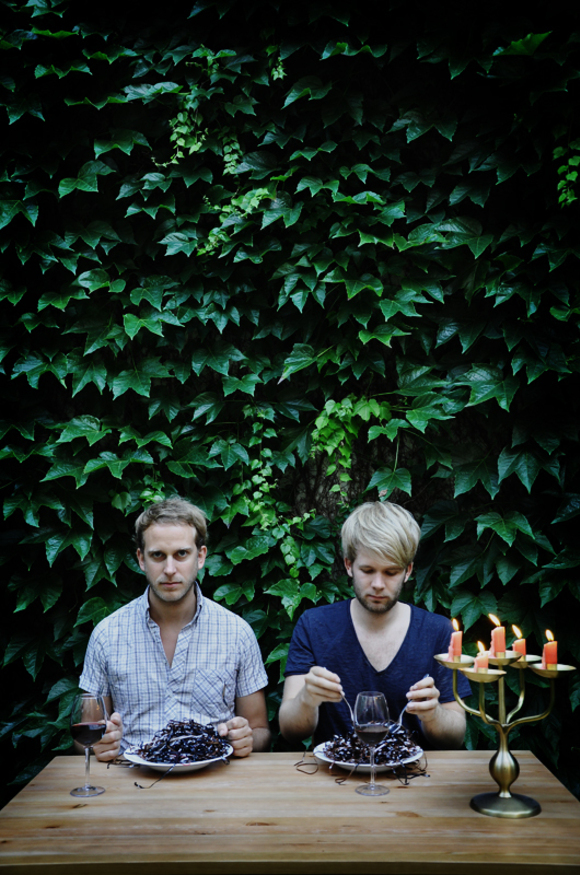 Winners of Swiss Live Talents Awards 2013 for Best Electro Act and Best Composition for Silver Eyes; DJ / Producers We Love Machines are the darlings of the club and dance floor scene in Switzerland.

The duo, armed to the teeth with computers and vintage synthesizers, have been compared to Justice, Daft Punk and Boys Noize.

We are Daniel Werder and Timo Loosli.
We are from Switzerland.
We played in rock bands.
We studied music.
We got bored.
We went to clubs.
We got bored again.
We started producing.
We went to clubs again.
We were on stage.
We did not get bored.
We made an album.
We called it “Short Circuit”.
We made an EP.
We called it “Silver Eyes”
We like it.
We Love Machines.

We Love Machines are a cool breeze. They are playful, naughty and will get you pumping like a machine that won’t stop you from jumping out of your comfort-zone to tear some shit up.

The duo, armed to the teeth with computers and vintage synthesizers, have been compared to Justice, Daft Punk and Boys Noize.

After releasing their debut album ‘Short Circuit‘ in 2011, We Love Machines have had airplay on several Radio Stations and did a monthly DJ-Mix for DRS Virus. They have also been busy doing official remixes for artist such as Is Tropical (Kitsuné), Housse de Racket (Kitsuné), IAMX and most recently for the up and coming LA band In The Valley Below. As producers, they have written, produced, engineered and mixed for both indie and major label artists; reaching Top 100 in European Charts and Top 10 in UK Dance Charts.

Reaching Top 10 on the Deutsche Club Charts with their latest EP 'Silver Eyes', We Love Machines are electro dance scenes’ most hidden gem’s. The ‘Silver Eyes' EP is an explosive mix of various sounds and genres ranging from the classic We Love Machines Electro Banger Control, to the epic title track Silver Eyes. While staying true to their roots, the EP also highlights darker and more simplistic techno tracks such as Fubar and Tunnel. This is just the beginning of a new era for We Love Machines.