We Came From Wolves 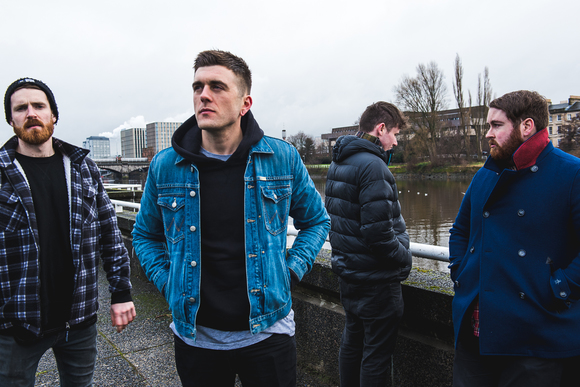 "Everything you could want from emotional Scottish rock" Rock Sound Magazine "A debut with so many original, radio-friendly songs that instantly lodge in the brain" Sunday Herald Awards: Best Rock/Alternative- Scottish Alternative Music Awards 2015 In their short time together, they have already tackled two UK tours, the first of which culminated in their first overseas show in Paris, and the second a non-stop 30 date jaunt taking them around the O2 Academy circuit and a selection of some of the best small venues in the UK.

They have also supported Northern Irish Goliaths And So I Watch You From Afar and their mighty compatriots Frightened Rabbit at a sold out show in their hometown of Perth. All three of their singles from debut EP Cope secured them airplay on BBC Radio One’s Introducing amongst others, racking up over 15,000 views for their first music video.

Their second EP, Paradise Place, received strong support coming from Rock Sound, BBC Radio 1’s Vic Galloway, Jim Gellatly, The Skinny and features on Drowned in Sound and strong local support in Scotland. This release was followed by a UK tour with dates in France and Germany. This closely followed their first appearances at T in the Park and Wickerman Festival in July. They sold out King Tuts in August, then were invited to perform at Waves Festival in Slovakia. They finished 2014 recording their debut album with Bruce Rintoul (Fatherson/Twin Atlantic) and supported The Xcerts in Dundee.

In 2015 they released their debut album at a sold out release show at ABC2, won the Scottish Alternative Music Award for 'Best Rock, toured the UK three times and supported The La Fontaines. In 2016, they will record a new EP and tour the Scottish highlands.