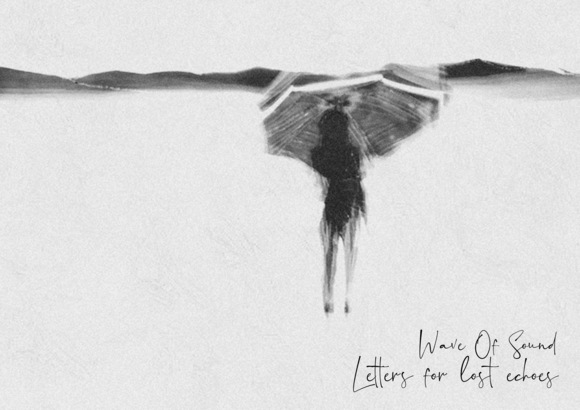 Wave of Sound is making waves - a deep work woven together in the intricacy of nature, the process of surrender and emotions evoked by the changing seasons.

The Hungarian pianist’s songs resonate with the songwriter’s heart through the ambient melodies taken from personal memories, and the natural beauty surrounding many of.

In 2013 he launched the music project of Wave of Sound.
The one-person work is based on electro-ambient, new-age, modern-classic music styles.

His first album was released in 2013 and was first shown on the Sziget Festival stage.

In 2014, with the addition of Mária Varga and Róbert Csécsi, the creative realization continued with more vocal-oriented songs, the 'Pulsar' album was completed.
The first video clip of 'Countdown' with NASA's consent, could be made from several archive footage.

Following a long studio and creative work, 'Ascension' was released in September 2016 for his instrumental album.
The most watched, amazing natural video for the song 'Crystal Clear', making with the hong-kong's drone film team, Bellergy RC.
The album released in 2017, 'Levitation' is a real lift-up album that is a brother album for 'Ascension'.
Really uplifting, out of everyday life, tunes find the audience over and over again.
Wave Of Sound's most popular song to date has been 'New Horizon'.
Live play at the Sziget Festival and Samsara, it has hosted several clubs in Budapest.

The newly released in 2019 "Letters for Lost Echoes" the slow and pulsating piano melodies emerge from the floating ambient electronics, giving a very unified and positive atmosphere, published by the Italian Blue Spiral Records.

In the past two years, Andor has been constantly inspired by the natural lifestyle and the peaceful environment that has opened more and more ways in himself and in the creative process.
The songs 'Letters for Lost Echoes', which has just been released, brings a clean, calm and uplifting moods.
The album was inspired by performers such as Brian Eno, Ólafur Arnalds, Ludovico Einaudi, Sigur Rós or even Hammock.

Wonderful videos were made for two songs 'Epilogue (Stay Here)' and ‘Falling Sky’, a wonderful and pulsating nature videos was made with the Macro VJ team, Krisztina Horváth and Andrea Kozma.
Curator of creative cooperation Andrea Kovács (Trafó smart! series editor and head of ‘Let it Be!’ art agency).

In 2019, the project received several invitations, including the Sziget Festival, Garden Wonder (Budapest's best secret concert community), Brody Studios and several venues in Budapest.
He has been the guest of several creative music events, such as the Trafó - House of the Arts and the Kiscelli Museum.