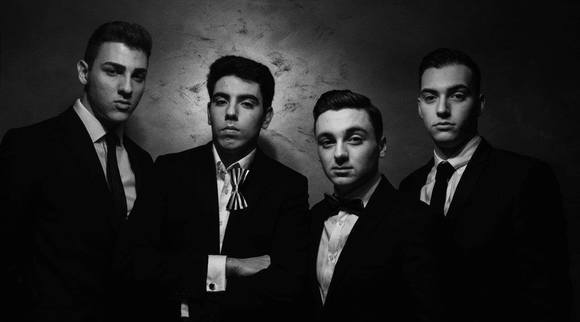 Basically, WaterWings came to existence in October of 2010, when we were all at our fifth year at our secondary school.

A gig opportunity came up and Ryan asked Marc, Luca and another guitarist at the time to play. It was our springboard on a main stage as WaterWings.
It was then in March 2014 that we hit the studio and recorded our very first single ‘Steal the Crown’ at foreface studios, under the direction and production of the talented, and vastly experienced Niki Gravino.We decided that it was fitting enough to shoot a music video to accompany the song. We wanted the video to be powerful in order to introduce us to the music scene. A mixture of our ideas and advice of the directors Carlo and Sebio led to the music video of ‘Steal the Crown’, which was filmed in August. The song, together with the music video, was released mid-September and was very well received. It spent about twelve weeks amongst Malta’s top 10, and also charted at the PRS Malta Top 20 Airplay Chart.
Now, WaterWings have presented our second single ‘Forever Clear’. Once again, we trusted the recording and producing at the hands of Niki Gravino, and Carlo Tonna de Lorenzo with the accompanying video. This video is radically different from the one filmed for Steal the Crown and can also be found on YouTube. The song is currently No.1 on Malta's Top 10. The song is available on iTunes and Spotify.

Currently WaterWings are preparing to record their first E.P in Summer 2015.