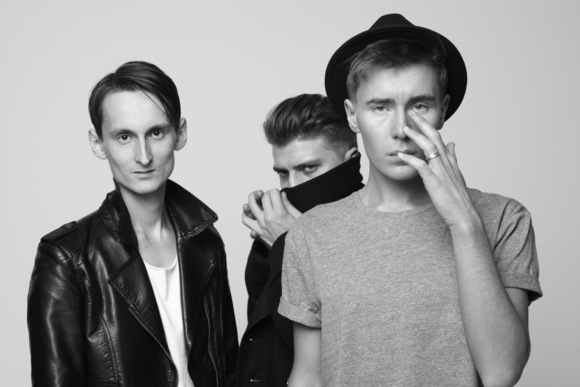 The EP was recorded and produced by Sare Havlicek in Tokyorama studio in Ljubljana, Slovenia, and released on April 21, 2014.

Coming from the Russia’s most western city, Saint Petersburg, the soulful electro pop trio doesn’t strive to be innovative only in terms of their desire of merging piano, synthesizer and drum sticks in one piece but they also want to follow their own path in music. Influenced greatly by the Russian classic writers and the early dance music era they combine indie rock charm with love poetry and joyful storytelling with Stevie Wonder-ish Mike Zhitov on the vocals, all topped with rough and mellow synth harmonies and analog touch from Sare Havlicek on production and mixing duties.

Their first EP is culminating feelings of joy and happiness, whatever the place is, it just matters that you are with your soul mate. This is most evident in the song ‘Cartooned’. ‘Movin’ on up’ tell us we can always rely on our childhood dreams because they can’t be wrong. Yes, there are ups and downs as well, just listen to the ‘Pamela’. She earns her place to be cherished even when she destroyed what they had. On the other hand ‘Chance’ is more on the existential side of their expression where they chase their destiny which ironically happens to be their loved one.

Vougal’s music is a mixture of music from the 80s and 90s, a wide approach of drawing inspiration from house, synth pop, as well as rock music from the 70s which is reflected most evidently in their sophisticated song writing. And if you didn’t figure it out till now … it’s about those warm feelings that come from lovers. It's the Russian and the international thing. There is one Slava, two Mikes and an enormous passion to say and give much more in the future.