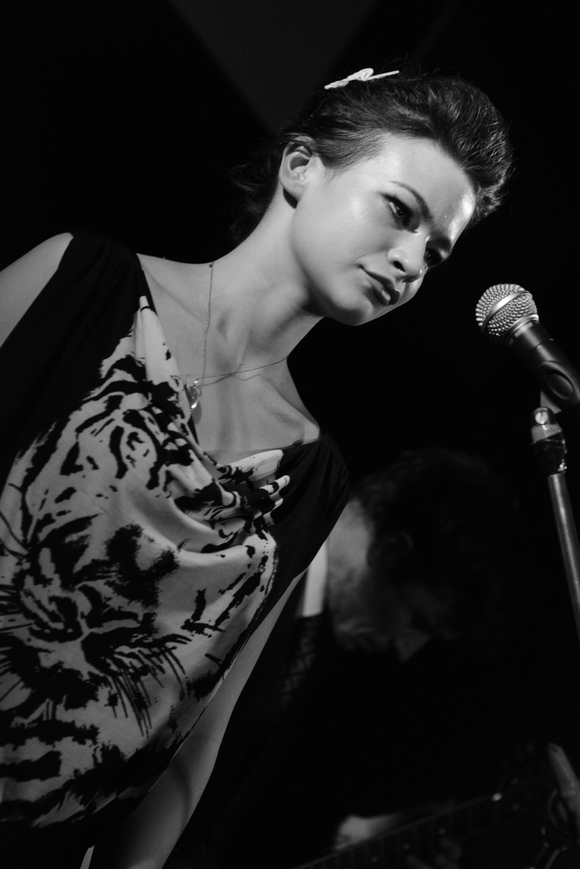 Hatty and Nigel first met when he started teaching her guitar around 2000, when she was 11.

The lazy tyke never practiced but did have a most arresting voice. After a couple of years they lost touch, but bumped into each other in the street in 2009.
They recorded an electronic version of Johnny Cash’s Ring of Fire the next week, and the week after one of their own compositions, Long Way Down, which somehow ended up being played on Huw Stephens’ Radio One show. An appearance on the BBC Introducing stage at Glastonbury Festival followed and the band have since been given a Maida Vale session for Tom Robinson on BBC6 and have appeared on Channel 4’s Hollyoaks Music Show.
They have been given airplay on Radio One, BBC6 Music and XFM and received glowing reviews in Q Magazine, Artrocker and The Fly (RIP). They have also had their music used for several advertising campaigns, the most recent for Saks Fifth Avenue. Their music will also feature in Sacred Heart, a film by award-winning director Kosta Nikas, due out in 2015.