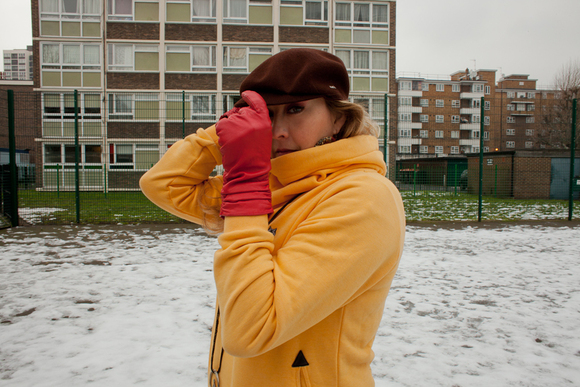 Born in New Zealand to a French father and an Italian mother, with Polish, Romanian and Siberian roots ( and a Polynesian name on top of that), Vaitea is the living portrait of a citizen of the world.

Evolving between Milan and Paris, and deeply involved into Hip Hop culture since the early 90ies, Vaitea develops very soon trilingual skills on the mic, collborating with Italian and French major Hip Hop artists.
She also enjoys singing, spoken poetry and freestyle. In 2008 , she releases "The Misstape" an eclectic retrospective collection of her various collaborations, which leads her to performances on international stages such as Hip Hop Kemp or Montreux Jazz Festival.

Over the years, Vaitea acquires recognition among the international Hip Hop movement, and performs on stage with several artists, from the US group Artifacts to the wordly European Dj Vadim and Yarah Bravo...

A promoter and vinyl-only deejay, she creates several events in Milan and in London, where she lives from 2012 to 2015.

Vaitea is currently working on new projects and touring around Europe with a microphone and a records bag.