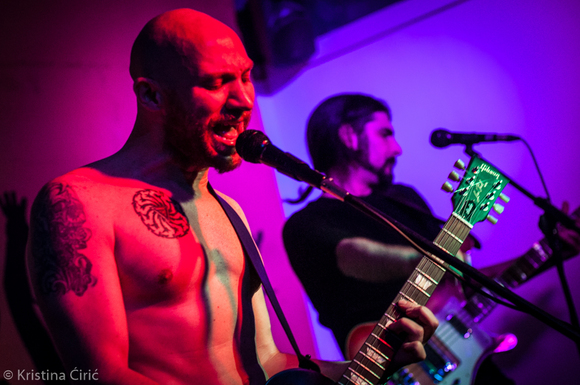 Davide Verde and Guy Costanzo, back from a previous experience with the band Primaluce, decided to start a new project. The band took its name from the work by the contemporary American Artist Bruce Nauman. The conceptual "V" stands for many themes but, most of all, the letter symbolizes freedom because its shape reminds a "flying bird", a gull. They chose the introspective, oriental-oriented personality of Fabius Shiva as keyboards player. Luca Bravaccino is the drummer. V-Device's first album "Calling Europe" has been released on the 20th of January 2012 in collaboration with Vipchoyo Studio and Love&Craft. Second album "Vidana", produced by C33 Studios and V-Device, will be out on the 20th of January 2015 for the label This is Core.