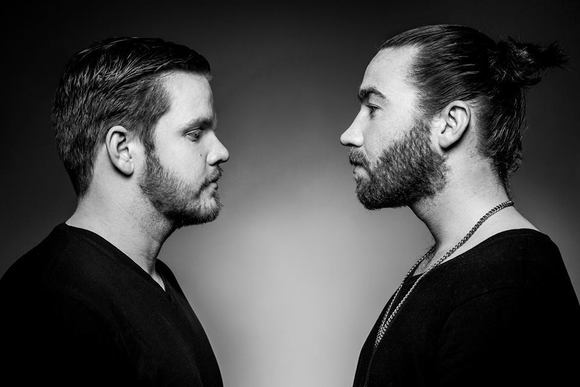 Úlfur Úlfur (English: Wolf Wolf) is a rap duo from the island country of Iceland.

Their 2015 sophmore album Tvær Plánetur took home the 2016 award for Album of The Year at the 2016 Icelandic listening awards. At the beginning of May 2017, Úlfur Úlfur dropped a triple video and new album entitled Hefnið okkar aka 'Our revenge'.

They are a rap duo that wants you to question everything, flip cars and break stuff while enjoying life and all of its little quirks. Their songs span the whole spectrum but most of all they go hard. They’re not afraid to think outside the box and go beyond the boundaries of rap music, mix different ideologies together and create something extraordinary along the way. The band, loved by Icelanders in their native country, are just starting to creep abroad and make waves amongst new audiences (including in Scandinavia, Eastern Europe and more).

The rap duo explode with energy and ideas both on and off stage. Úlfur Úlfur, with their fat, catchy beats, are guaranteed to have you on your feet, arms in their air, pretending you know Icelandic like a native.