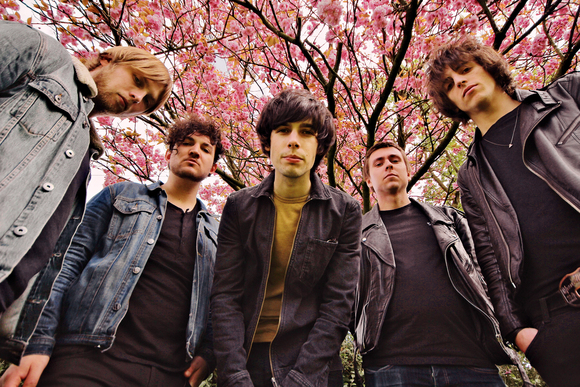 
Having been tipped amongst the new bands expected to be big by the likes of Radio X, This Feeling and Fred Perry Subculture, Two Weeks Running are in for a hell of a year.

Following the release of single ‘Holy Ghost’, the band received national radio support from DJs such as Radio X’s John Kennedy and Ian Camfield, BBC Manchester and Lancashire Introducing, as well as making the Absolute Radio playlist as one of Geoff Lloyds’ ‘Unknown Pleasures’. The band were also featured as Artrocker’s ‘New Blood’ as well as being supported by Radio X’s associated partner - ‘This Feeling’ Clubnight. Their live shows have become somewhat essential to witness. Their single launch in Manchester saw scenes of chaos, with a ram packed venue, crowd surfing and even footprints on the ceiling. The latest EP ‘Human Nature’ also contains tracks ‘Waste Of A Day’ which was picked by Steve Lamacq as a stand out track at a BBC Introducing Masterclass and also the track ‘Inhale/Exhale’ which was picked by Tom Robinson for the BBC Introducing Mixtape.

The EP received further backing from the likes of Loaded Magazine, Propaganda, who named the lead track ‘Bullet Train’ as their song of the week, as well as further plays from Radio X’s John Kennedy and Jo Good.

In November, the legendary Huw Stephens played the band’s track ‘Waste Of A Day’ on his BBC Radio 1 show.

The video for 'Holy Ghost' also saw the band pick up the ‘Rock The House Best Music Video’ award where they were invited to collect their award in person at the Houses Of Parliament.

Two Weeks Running will soon be bringing some new singles to the table and will be touring relentlessly around the UK throughout 2016 in support of the releases.