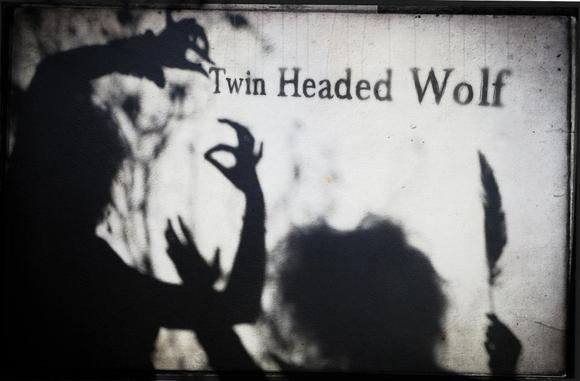 Twin sisters, hailing from the wilds of West Clare they lend an ethereal flavour to folk music. Tight-roping between the real and surreal they employ a host of hand made instruments made form the scrap heap of the forgotten past, they perform with bones and musical saws fiddlophones, waterphones, spoonophones and tin can telephones. Strange drones from harmoniums and accordions often accompany their vocals. Their wild and sinister lyrics juxtaposed with monastic twin edged harmonies will leave the listener entranced and unsettled. Experimenting with unusual vocal techniques they can be seen singing through teapots and milk jugs. They perform intimately as a duo, but they also perform as a troupe of 15 dancers, poets, musicians and circus performers. Components include radio theramins, gypsy fiddle, three legged mandolin players, junk percussionists and much more. They have toured from the finest venues in Ireland to Paris to Venice to Norway, and have supported acts of international acclaim, they have played with Glen Hansard and supported many well known Irish acts. They are just finishing their first album and are well on their way to taking the Folk scene by storm!