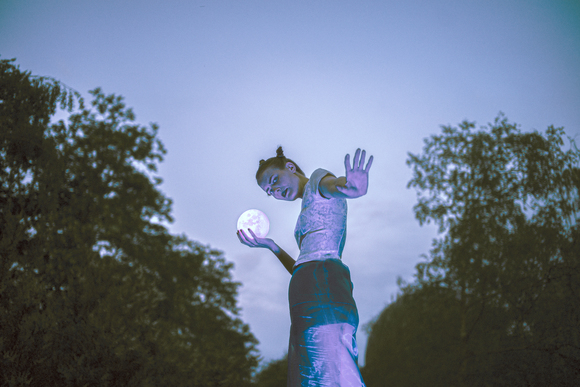 This isn’t actually a band, but a Norwegian solo artist who graces dark canvasses between alternative and indie rock with fluorescent shoegaze sketches.

Tuva Hellum Marschhäuser has a vision and is clearly not afraid to use it when writing and producing her own music.

Tuvaband’s debut album Soft Drop saw her write songs that were airy, ghostly and effortlessly cinematic, critically-acclaimed back home in Norway and internationally. The follow-up I 'Entered The Void' (which earned a nomination for a Norwegian Grammy) pushed her sound into rougher, heavier atmospheric rock. 'I Entered The Void' marked a change in sound, mirrored by changes in Tuva’s personal life (a move to Berlin) that fuel its lyrics and themes. Recorded with musicians Tobias Pfeil, Håkon Brunborg Kjenstad, and Ole Mofjell, to add the weight and muscle Tuva wanted in her new material.

Tuvaband has now released her third album 'Growing Pains & Pleasures'. In her own studio, Tuva was determined to capture the musical vision in her head as thoroughly as she could. She spent months on the demoes, recording every part herself; even going as far as to record bass parts on the top strings of her guitar and program the drums herself, which in the final recording the musician Kenneth Ishak played on real drums, Eskild on a bass guitar, and Håkon on viola and some of the synth parts. Most of the material from the drafts is still on the recordings.