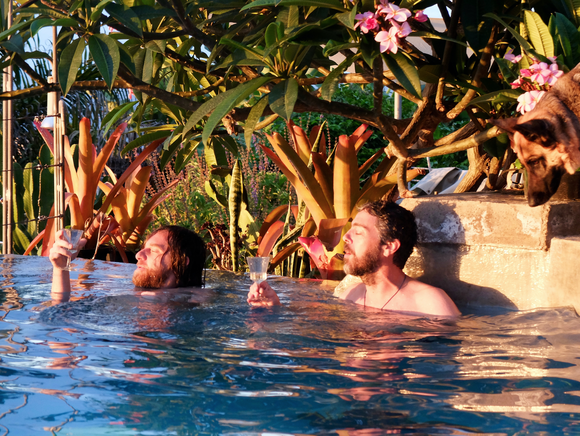 Their sound moves from experimental, electro-acoustic to bass music, IDM, drone and ambient music. They have released three albums so far, for Klitekture Records, Ruin Records and Keroxen Records. Their latest album Mokele Mbembe, where they also explore exotic and organic sounds and rhythms from Africa and South America, was released in 2017 on Keroxen, a yearly international avant-garde music and arts festival that takes place on islands of Lanzarote and Tenerife in a huge old empty gas tanks. Their albums were also re-released in Japan under BiasRecords.

They have toured Spain, Europe, Japan, China, South America and Mexico and played in clubs such as Berghain and Watergate in Berlin or The Museum of Contemporary Art of Tokyo. Occasionally they perform with Tenerife born and Berlin based visual artist Aristides Garcia aka Lasal.

In 2017 they did a special collaboration with Rob Mazurek (US) and Sao Paulo Underground (Brazil) as a part of Keroxen artist residencies. The result was a performance at the Keroxen tank which was recorded and will be released in vinyl in 2020.