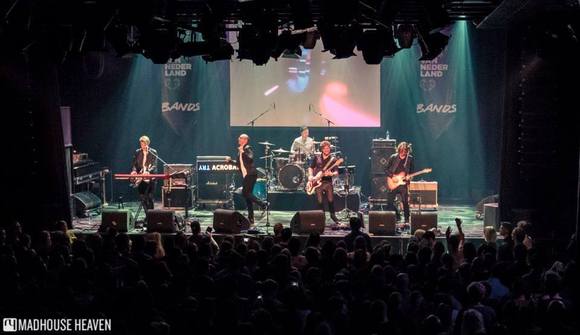 If you do not want your evening to be filled with a good dose of flammable and highly danceable ‘synth vs. guitar pop’, put this message quickly aside. Do not say you weren’t warned!

Since its inception in October 2010, the band has achieved some impressive accomplishments. With its debut EP, produced by Pim van de Werken (eg. Eins, Zwei Orchestra, The Medics, Silence Is Sexy), the band played at famous music venues such as Atak, Romein and P60 and Try Acrobatics was voted ‘Hollandse Nieuwe’ by 3VOOR12 (a music nomination for young, upcoming bands).Try Acrobatics won several prices like the Art Rocks award in 2012 and In december 2014, Try Acrobatics won the public award at "de Grote Prijs van Nederland". The most prestigious band competition in the Netherlands with former winners like Junky XL

In 2014 Try Acrobatics also joined the "Popronde", a dutch Lollapalooza concept where 90 of the most interesting upcoming bands make a tour through 30 different cities in Holland.

In april and may 2015, Try Acrobatics will make a German tour.