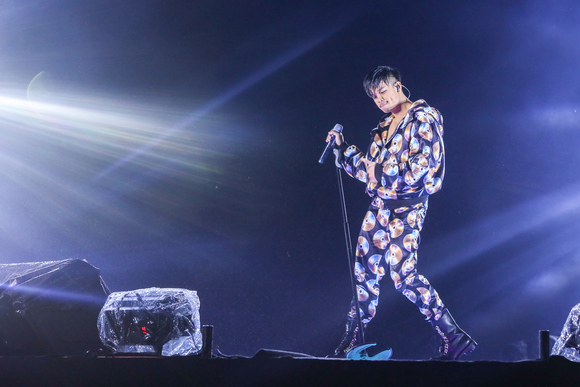 He debuted in Vietnamese music industry in 2015 after he won Vietnam Idol with incredible majority of 72% public voting. The Video of his Debut Single “Con Duong Toi”(My Way) reached over 4 Million Views. After Trong Hieu`s Video Release of “Em La Ba Noi Cua Anh” (You Are My Granny) which hit over 35 Million views, he got awarded with “Men Of The Year” Best Newcomer, Top 5 Breakthrough Artists “WeChoice Awards”, Upcoming Male Singer of the Year “ELLE Style Awards” and many more.

2017 Trong Hieu made history in Vietnamese Music industry with being the first Vietnamese artist performing as Opening Act for “Videodays” in front of almost 17.000 people in Lanxess Arena, Cologne. In addition to that he is the first artist in Vietnam ever who attended the “Billboard Music Awards 2019” on the red carpet.
Trong Hieu continues making history in Vietnam of being the first vietnamese artist bringing singers together from all over the world to sing his composed song “Under The Same Sky”, which was released in May 2020.