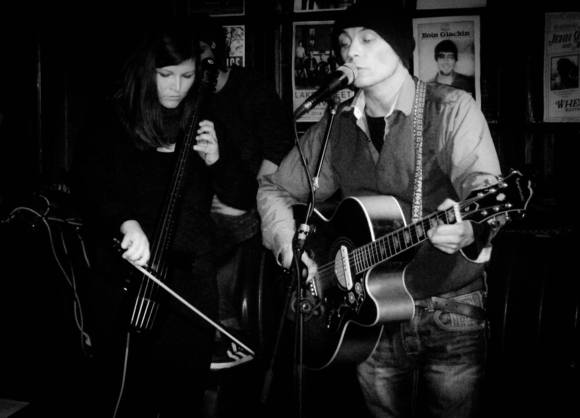 Trampoline Scene AKA Senan Sheedy, Irish based solo artist is singer/guitarist and songwriter of alternative/acoustic music.

Making his mark on the Irish music scene and further afield, his debut single “What You Might Be” (with collaboration) garnered notable attention that led to receiving airplay and to playing live on numerous radio stations, including Radio Nova Dublin, London's Resonance Radio and BBC Radio Ulster

The songs flow with captivating melody and possess a range from the “intentionally” understated verses to raw, colourful, no holds barred choruses and haunting melodies deep rooted in the middle and end sections. With “well-crafted songs” (State), Trampoline Scene is excited about the release of his latest single titled “In The Sun” available now on bandcamp and receiving airplay on National airwaves, including the 'Dave Fanning Show' on RTE 2FM as well as a number of local and regional stations. An EP follow up to this is due for release in mid summer 2014, including four new tracks with a bonus remix of the new single “In The Sun”.