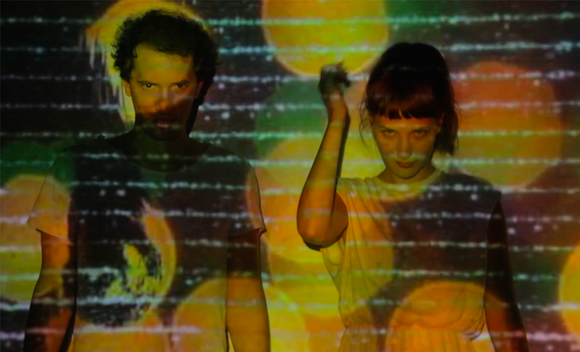 Among effusive rapture and witty naivety the music of Trains on Fire is dancing through smug banquets.

Guitars, synthesizers, two-voice vocals and electronic beats are knitting a mesh combining snappy straightness with imposing spheres. A mixture somewhere between dream-pop, disco and wave.
Since mid 2013 synthesizist Christine-Marie Günther and guitarist Richard Fritzsche teamed up and played plenty of shows all over Germany. At the same time they recorded some of their songs to put them on a new album, which is intended to be released in spring 2016.
Before the fusion with Christine-Marie, band founder Richard played in various constellations, solo as well as together with Marie-Sophie Kanske (Sea of Love) and Simon Herzog (The Poem is You). In 2011 the EP Polaroid has been published as CDR release.