Tomorrow We Move To Hawaii 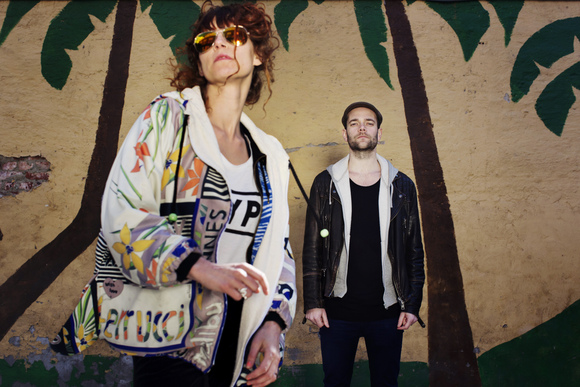 NO Oslo – Electropop
Tomorrow We Move To Hawaii
Send Message

Tomorrow We Move To Hawaii For a couple of years now, the Norwegian duo TWMTH have been carving out their own distinct wave of chillwave electro, coupled with raw punk attitude.

WIth Eyvind Brox on catchy synthriffs,dancy beats and the fierce vocalist Marianne Stranger in front, this duo is bound to blow you away live.

«Norwegian duo Tomorrow We Leave For Hawaii push the venue's PA to full, playing beefed-up electropop with ribcage-moving bass and a bopping and inspiringly energetic lead singer who must've had an afternoon nap. She must have. But with what they offer, she is not the only one dancing.»
Luke Slater (drownedinsound.com)

«Tomorrow We Move To Hawaii, they sound like some kind of synth electro, sc-fi movie, you know the shit I don´t like. But this is fucking great!»
Little Steven

After the release of their second single via the fast-rising Norwegian label Brilliance Records, the BBC Radio 1 DJ Rob da Bank proclaimed to “love it”, and immediately got on board, broadcasting their music to a global BBC audience. Stateside, TWMTH recently caught the attention of the fresh Las Vegas based label Red Eye Transit, who is now releasing the band's first Ep “Still Life” and hosting their first tour in the US, including exclusive showcases in SXSW. Creatively, TWMTH have begun dipping their feet in a vast variety of pop-cultural ponds, while still grounding their sound in love of their ghosts - a shared history of playing in gritty rockbands, steadily moving towards icy electro pop. TWMTH started off by making music in Amsterdam in 2010 and, on the strength of their early work, were asked to perform for Nordic By Nature in Berlin - even before they had enough material for a full set. After releasing 2 7” singles on Brilliance Records, the Duo has been and touring Scandinavia and the rest of and Europe, fighting for attention in the old strip bars of Berlin, among cool crowds of Hoxton, London and the desolate outskirts of the Norwegian wilds. After slowly expanding their style, with a special eye for old school hip hop, beat poetry, computer games, afro-beats and chillwave - all inspired by the Aloha spirit - they still maintain the punk asthetic and drown themselves in synthesizers. The soundtrack to childhood memories and dreams about a tomorrow that never comes... C´mon, let´s dance like there's no today.

(not: the band has played around 200 gigs, please ask for details)