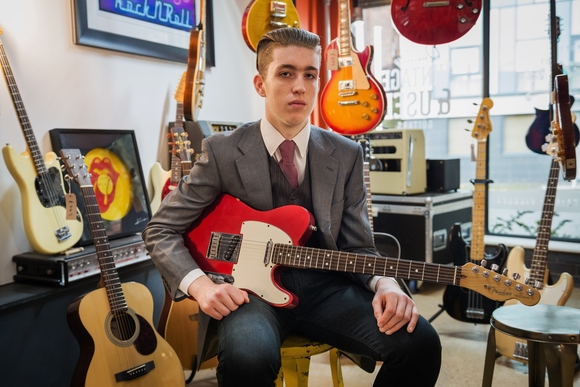 Along with his recently formed backing band he hosts a set comprising originals and covers, acoustic and electric, upbeat and down tempo. You would be forgiven for mistaking him for a much older man - his deep, husky voice tells tales way beyond his 17 year age and his music reflects the struggles and pleasures his life has already brought upon him. He writes and performs his own original material with influences from Muddy Waters, Howlin' Wolf, Buddy Guy, Johnny Cash, Elmore James, Junior Wells, Noel Gallagher and Jake Bugg.
With a lot of life to live - and still much to learn - Tom looks to be well on his way . . and will hopefully be bringing the next generation of blues-lovers with him.