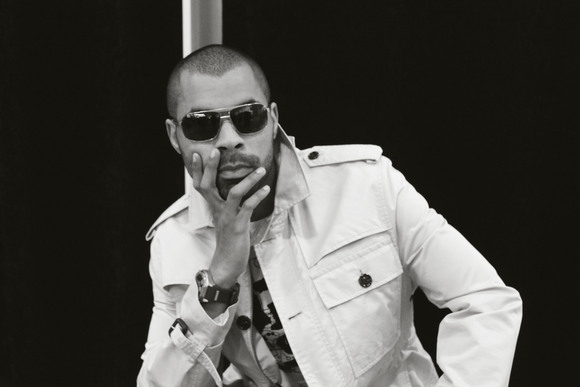 Local amsterdam vibration purveyor and main man behind the deep house sound arriving fresh like fire out of london is no other than the one and only Simon Titus.

A household name for over a decade in the Netherlands , aka mc spyder ,making a dance floor move is doing what he loves most …listen as simon defines deep house bring your ears close, bring your body closer and move to the dark sexy basslines.

Simon Titus started out in the UK playing a variety of clubs, parties and bars as MC Spyder, pushing his unique voice and sound with his team of creators such as DJ Timmy Boomkat, MJ Cole and many other producers of the modern sound we all know today. As one of the people to introduce XXX to the UK garage sound, he has evolved as the times changed continuing to push his limits, offering the next level of what he has been exposed to in his wide spread travels. Simon Titus has been a fixture of the Amsterdam music scene for over 1o years. Working Groovemaster Johnsons party “Bubbleclub” in 98 as well as being a resident of the legendary RoXY. As Mc Spyder, he was the host/MC of parties like SpeedFreax, Dancevalley, Latin Village, Extrema, Drumm Rhythm Festival, The City Is Ours, MysterLand, The Rotterdam Dance Parade and many more unique gigs along the way. More recently he has been working on the UK Funky and Shake Up Projects in venues all around Holland such as Escape, Rex, Manhattan, Club Noa as well as many other pop up gigs to keep things fresh. You can catch Simon Titus  DJ’ing all around the EU under the name Vinyl Cru (www.vinylcru.nl) or under his real name Simon Titus. Never being one to be tied down to one spot, Simon is always traveling and promoting the scene and music he loves so much, as well as pushing his limits by working in Television and Radio. Spyder is the feature voice over for the Suzuki Swift Ad campaign (06-10). As well as collaborating with top industry professionals on his own sound leading to his joining of the group “Spark”. The first single they dropped, “I Dream Of You Baby” was a huge success in the UK and Netherlands dance scenes, finding its way in to almost every DJ’s bag of tricks for some time. Simon as Mc Spyder came back in 05 working with Olav Basoski on a track called “Waterman”, this appropriate title echoed the flood gate of success the track would go on to achieving. Eventually ending up with the coveted Gold Record status in the EU, released in over 25 countries and toping the dance charts in many hotspots around the world. Following up the success of WaterMan, Olav and Spyder hit off “Like dis” featuring a remix by Fedde Le Grand. Hitting the decks in 06 it found a strong hold on many DJ’s ears and was another strong showing of the unique vibe Spyder flows with.