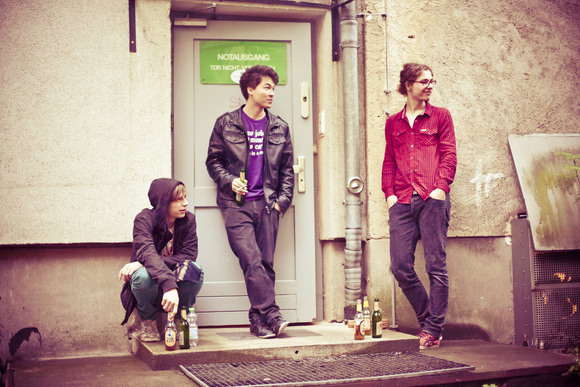 "We share the same dreams and hope for great utopia.

Come ' round to one of our shows and become an important part of Tiny White Radio!"

Our seccond Demo is now available on Itunes:
https://itunes.apple.com/sk/artist/tiny-white-radio/id605350816

Tiny White Radio was formed in late autumn 2009, Berlin Germany. After a few drummer changes and the release of their debut EP “bottles & bilge” in May 2010, the lineup was finally set with Denis Linsner (guitar | vocals), Martin Heßmann (bass | vocals) and Patrick Engel (drums). In the meantime there have been plenty of concerts in and around Berlin and the release of their second demo (november 2012). The band philosophy includes the DIY concept in every facet. The whole design, the manufacturing of bags and CDs, the posters and flyers are self made. Every gearwheel of the radio is unique and beautiful. The more important is every support they can get. Spread the word and have a great time!