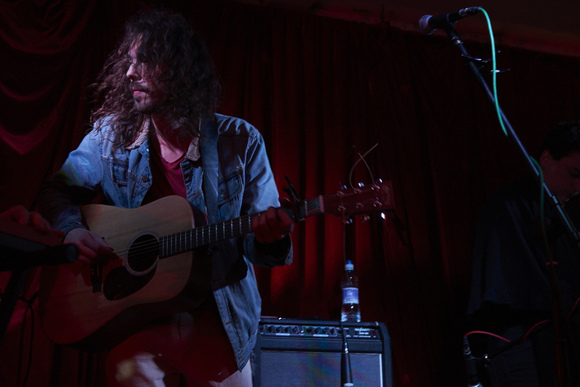 Playing tunes that travel in both intense and subtle landscapes with sci-fi atmospheres and drone-like beats, enlivened by his visceral vocals and poetic lyrics, Timmer is the stage name of Chilean singer and songwriter Christopher Timmermann.

Based in London, the first recordings from Timmer surfaced in 2013, The Foreign EP a collection of indie folk songs.

Timmer's music, playing solo or ensemble is reflective of his musical influences; Pink Floyd, Nick Drake, Vincent Gallo and Latin American artists such as Violeta Parra and Los Jaivas are well identified in his compositions. Currently he is finishing the recording of his debut album: El Valle, which will be self-released later this year.