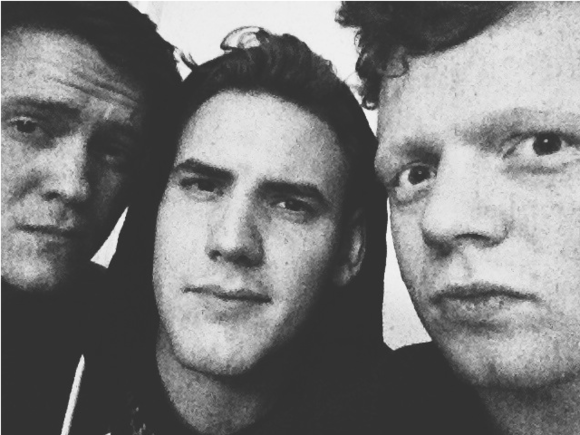 When Thunderboss hits the stage, not many fucks are given.

Nor when the music is written with the simple approach; hey-that-was-awesome-lets-do-it-again! The Boss of Thunder doesn’t rely on present day rules and standards of modern rock music, but nor is he breaking any borders or claiming to be inventing music all over again. But then again; the listernes are scratching their heads wondering; “What the cowbell just happened here!?” Maybe it’s due to the fact that Thunderboss is a weird mishmash of crazy inspirations, as expressed in the ironic definition New Wave Junkpunkbilly!.....

....You know, people want you to “sound like something”. We could mention quite a few unruly oddballs, who all contributed to the all but pompous joy of rocking out that reeks from the three Thunderguys. But hey, that’s up to YOU to figure out. It is obvious that Thunderboss is having the time of their life and that usually infects the crowd with a pleasant party sensation. They will walk around sneezing trashy rock-love from their tingeling rock glands the following days.

Thunderboss started out a 5-piece in 2009, playing a full throttle hard rock'n'roll, bringing a heavier and louder groove to the young jutlanders than the sound of the band today. Back then the band really tried finding themselves, and played shows at every chance they got, in every available corner of the danish underground - to reach a more defined thundersound. This unfortunately resulted in a stand-by/break/splitup (or whatever you wanna call it), for years where education and geographic difficulties held the band apart...until...in 2012..a very good friend of the band, Jonathan (the manager of thunderboss today), reached out for the anchor and heart of the band, Jens, and slapped some sense into him. The thundervibe was simply too powerful to just let float away, and Jens gathered original member Lars and drummer friend Anders, to once again awaken the BAWS. It was then and there, that the core sound and vibe of Thunderboss was revealed.

The following year, the three menbers worked night and day in their underground bunker rehearsal space, to define and characterize their combined spirit - the Thunderboss.

In 2014, Thunderboss was finally ready to release the recorded experience of the Chief of Lightning. Setting up microphones simply in their rehearsal space, the boys started recording three songs that perfectly captured the sound of their thunderous minds. The three snappy fast-paced tracks on the EP "Give me a big smile" makes a wicked presentation of the Thunderverse; on the surface it’s pure rock’n'roll, but the lyrics reveal the odd tendencies in the chemistry of the immature Thunderboy. Awkward insecure dancemoves, a hidden love for shy girls and a wish to be socially accepted, even when you’re having Tourettes in a public swimming pool.

In May 2014, the band entered the studio of Jens Benz in Copenhagen, who has worked with bands such as Iceage, The Floor Is Made of Lava and PowerSolo. On the session, the kind and extremely skilled drummer Søren Buhl of Blaue Blume, joined in to co-produce and lay down the drumtracks on 4 new thundersongs. This was the beginning of an ongoing venture into the making of a new Thunderboss release, for the world (hopefully soon) to enjoy!

While writing and recording new songs, Thunderboss will be playing here and there in Denmark and Germany, with the highly praised "Give me a big smile" EP in the bag!