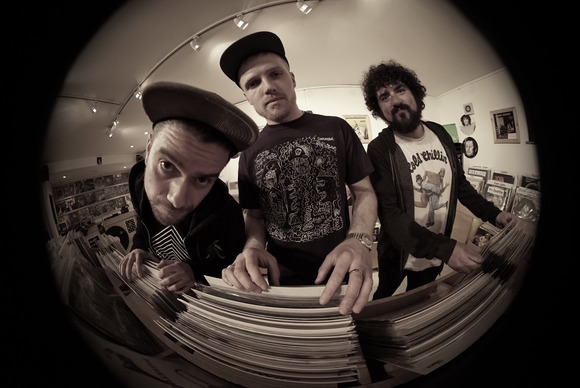 IE Sligo – Rap / Irish
This Side Up
Send Message

100% Hip Hop from the West coast of Ireland.

All the goodness, plenty of madness, no messing.

'Full Fat' has been a while in the making! This Side Up started as a vinyl night for the heads in Sligo back sometime around 2008. Turntables, pints and ceiling slapping good craic in McGarrigles. In a place brimming with music and a colourful turn of phrase hip hop came naturally. It makes sense! Within no time a live rap cypher grew into an original set. Shortly after that again This Side Up were spinning around the country in a transit. Things got rowdy!

Following the success of their ‘3075’ ep last year TSU abandoned everything to work on more tunes. They set up ‘Citóg Studios’ in Dublin and got to work producing ‘Full Fat’. ’Full Fat’ is the album name and the style. Gallons of rap packed full of substance, from late night bangers to sparse headphone tunes. This music goes beyond cliché and subverts the norms of the classic rap sound. It’s 100% homebrewed music from the West of Ireland. It's Full Fat!