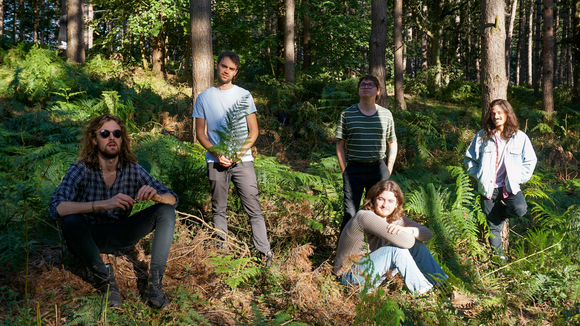 "Like Tame Impala and Ty Segall hijacked the Yellow Submarine" - The Revue The Mighty Orchid King are a St Albans collective who make psych-rock music which harbours some secret prog tendencies.

They released their debut LP, The Doctrine of Infinite Kindness, in June 2020 and they have since been steadily building up a following with two features on Fresh On The Net as well as several plays on Spain’s RTVE Radio 3 and Byte FM in Germany.

Like the ever turning Wheel of Life, TMOK is in constant flux; it has welcomed nearly 20 members through its doors since inception and has materialised both as a 60s-inspired jam collective and a bedroom project for polyrhythmic explorations. Their first album weaves the various aspects of the band’s history together; jam inspired tracks drift and sharpen into more meticulously developed solo creations. The album’s main theme is eco-anxiety, combining Kerouac-esque spontaneous prose with more direct protest songs about the destruction of our living Earth.

Much of the music on the record was dreamt up and played by multi-instrumentalist Jonny Bennett, who in the band’s live setup can be seen in the rare role of the singing drummer. We also hear vocals from co-founder and 12-string devotee Martin van Heerden. They are joined by Matt Snowden on left-handed 6-string duties; Marcelo Cervone on bass guitar and saxophone; and Will Stephen (aka June Logue), the band’s in-house producer and synth guru.