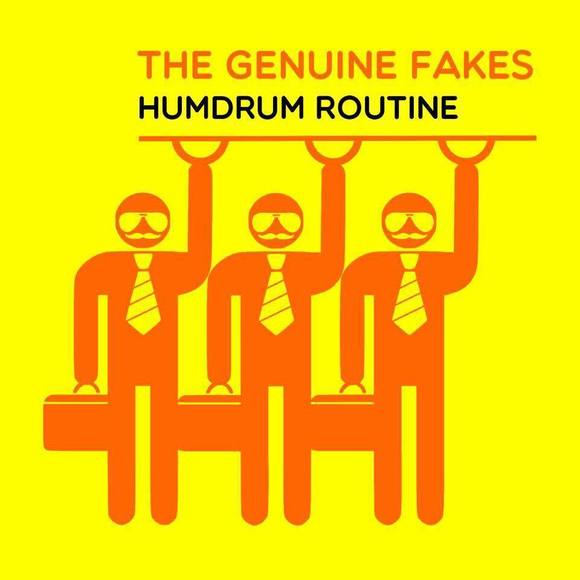 The band was formed in a basement in Södermalm in Stockholm.

The guys that shared a love for melodic pop and moustaches joined up and beautiful music came to be instantaneously. Influences from bands such as 90’s indie legends Popsicle from Sweden, The Posies, The Wildhearts, Fountains of Wayne, Weezer, Jellyfish, Cheap Trick and Pearl Jam, to name a few, were forged in a way that creates a unique sound in this day and age. You’ve got beautiful harmonies on a thick, powerful foundation of distorted guitars, Hammond organ, McCartney-esque bass lines and noisy drums. The instrumentation is raw and the vocals are as slick as The Beatles’ were in their prime. The band delivers three and four part harmonies that you haven’t seen or heard the likeness of live since the last Jellyfish tour in 1993. A concertgoer perhaps described it best: “It’s Popsicle-rock with Beach Boys harmonies!”

The creativity flourished and a whole album’s worth of songs were written over a couple of short months before it was time for the first gig in January of 2006. Since then the band has played most of the Stockholm rock clubs, such as Alcazar, Klubben and Stampen to name a few. The year was topped off with a critically acclaimed performance at the Rookie Festival in Hultsfred, handpicked as one of 30 bands amongst thousands of applicants.

In conjunction with the Rookie Festival the band released its first single, entitled “Star”. It quickly sold out and has been downloaded persistently on MySpace since then. The first full length album is currently in the making, and the band is shopping around for labels to release it at this moment.

The band has also recorded a couple of interesting covers. One is a Posies song called “Somehow Everything” which was released in the US on “Beautiful Escape: The Ultimate Tribute to The Posies” (Burning Sky Records). The other one is an original interpretation of Beyoncé’s smash hit “Irreplaceable”. It has become an instant live favorite, winning over even the most skeptical listener. Thestar.com describes it: “Proud members of the power-pop fraternity populated by Dwight Twilley, Big Star, Teenage Fanclub and the like, this Swedish band convincingly transforms the steely Beyoncé ballad into something that wouldn’t sound out of place on a Fountains of Wayne album.”

As a live act they’re a true force to be reckoned with. There’s a brand new band in town!