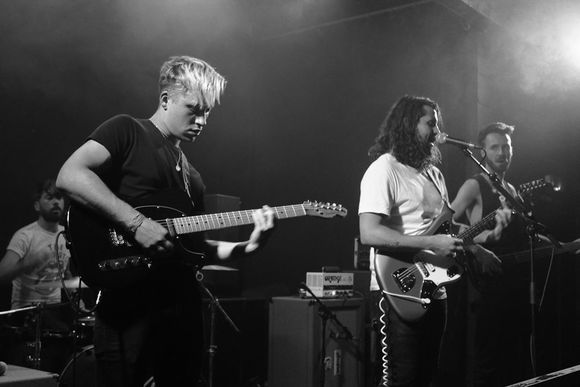 The Bloom is a 3 piece indie rock/pop band.

Drawing from influences like the Arctic monkeys, Red Hot Chili Peppers, Tame Impala and Band of Horses, they have been Gaining traction in their new adopted city of London.

Their first 4 track EP ‘In The Sky’ was released independently in august and marks the start of the band establishing themselves as an ambitious new act in Europe.

The first single 'How It Starts' has reached over 113,000 listens on Spotify and the second single 'In The Sky' has been getting radio play both in Germany and Switzerland.

The band has recently played it’s first European tour spanning 15 dates across Germany, Switzerland, the Netherlands the UK and France, in support of the EP release.

Recently the band won the first ever Abby rd/Metro news Battle of the bands judged by Nile Rogers. The prize was to record a new single in the famous studio which took place this summer and the new track 'Always' will be released later in 2018.