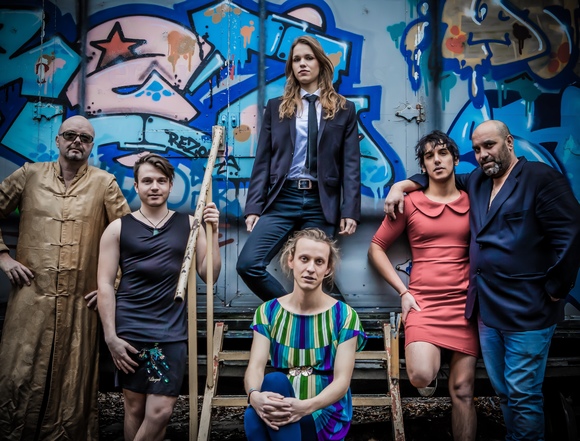 Setting up residence in Berlin from their homes in Atlanta, London, and Frankfurt, THE WILD CIRCUS (TWC) has taken the German capital by storm.

With their original songs putting a modern touch on the major influences of their pasts, this six-piece rock band is ready to reveal what a fast-growing fan base has known for the past year: TWC is one of the most exciting bands to have come out of Germany for years. After quietly releasing a demo album, Cannonball, at the end of 2013, THE WILD CIRCUS embarked on taking their incendiary live set to an even higher level. Repeatedly selling out venues such as White Trash, Ex’n’Pop and Privat Club, they booked themselves into Berlin’s venerable Trixx Studios in November 2014 and recorded the EP, Kiss Suspended, quickly becoming an absolute fan favorite. Rock with a lot of Roll and a pinch of Soul!