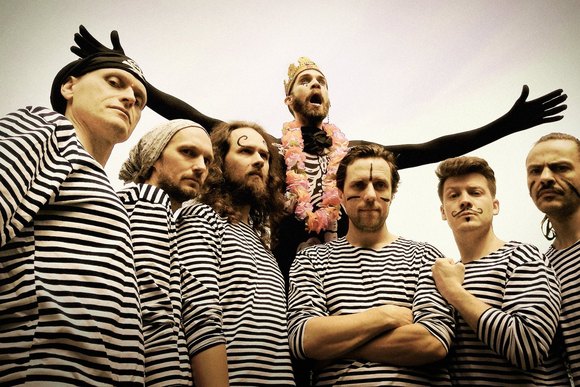 Inspired mainly by the tradition of Psychedelic British Rock from the 60's and 70's (Pink Floyd, Robert Wyatt, The Zombies, Genesis) but within their original music one can find varying degrees of influence from folk, music-hall and baroque.

The White Kites was formed in 2011 by Jakub Lenarczyk and Sean Palmer. A chance to at once regress and bring to adult life the innocence and colourfulness of childhood and explore the dense complexities polyphonic Baroque Pop. A full band of traveling musicians was brought together to get the material shipshape and set sail. The first single ‘Love Songs’ released in September 2013 was quickly followed by the full album ‘Missing’ which awoke a mass of international interest and consequent reviews. Music bloggers, webzine editors and magazines from New York to New Zealand having been praising the debut album of The White Kites for their new/old, fresh and familiar sound.