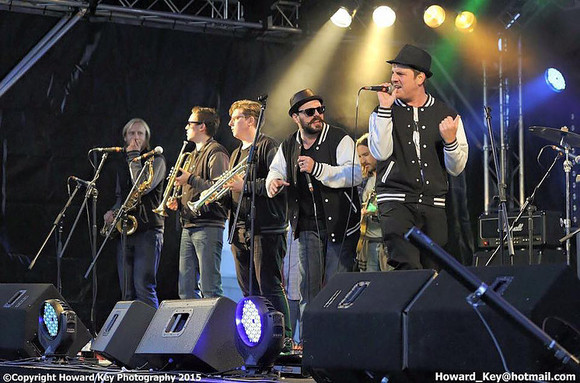 Fronted by brothers Anthony & Patrick Turner, The Turner Brothers are celebrated for their feel good Dance music and ability to create a party wherever they go.

Fresh from a mini-tour in Europe where they performed at packed out venues in Austria, Ireland, Holland and the U.K.

The Turner Brothers bring a 3 piece brass section and live percussion to their live sets. With their fusion of Dance, Funk, House, Electro Swing, SKA and upbeat Party Music they're renowned on the festival circuit for their high energy performances. The Turner Brothers have been voted "Crowd favourites" at Hogsozzle Festival for the last 2 years running.

Having headlined Croxfest, Hogsozzle, and Curious Yellow Festivals and shared the main stage with Basement Jaxx, Primal Scream, Tinie Tempah and Noel Gallagher at Victorious Festival 2015 The Turner Brothers are looking forward to another busy summer festival season in 2017.