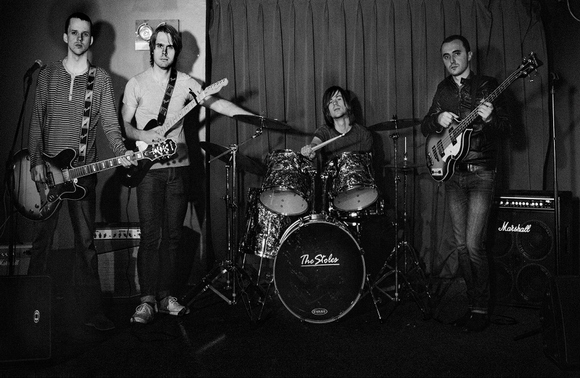 **Drum roll please: we are delighted to announce we have been listed as semifinalist in the International Songwriting Competition with our debut single Protest Song!almost 19k entries were submitted from over 100 countries, and semi finalists make up to the top 8% of all entries!

Finalists will be announced on March 3 and winners by the end of April so keep your eyes peeled everyone!!

The Stoles is an indie rock band set up in April 2012. Displaying a unique blend of genres and musical directions, the Stoles combines the 60s glamour and 80s post-punk vigor with the psychedelic obscurity and early grunge authenticity. Melodic and instantly recognizable, yet with a certain element of mystery and melancholy, the band doesn't shy away from venturing into new territories and expanding its influences.
The band's initial achievements include playing gigs in Dublin's prominent venues such as Whelan's, impressive online following and recording in the capital's legendary Westland studios.
The Stoles are currently managed by KBMP INTERNATIONAL and they have recently signed a publishing deal with German independent label LIQUID TREE RECORDS.